I thought about the title for this posting while walking to the supermarket the other morning. It is certainly a different Egypt than the one we had left. I suppose you could say “what a difference a revolution makes” or something along those lines. Has the fall of Mubarak made a difference? I suppose if you count the spirit and the productivity of the people. I don’t profess to be an Egyptian history expert or even a novice…maybe I would fit in better with the beginner group. Based on simple observation I will definitely state without a doubt that the country has come out of hibernation.
We have been waking up to the sounds of pounding along with various street noises and not the typical produce vendors or street traffic, but the sounds of productivity. The people are getting busy as in taking ownership of their country. I know it is something we take for granted in the west as most of us pay taxes to keep our streets tidy and have officials maintain some sort of order in our towns and cities. The only thing missing from this equation is that there is no real sense of order, there is a limited government, no checks and balances; just people taking pride in something that they can truly call theirs after quite a long time. And this goes further back than Mubarak as one co-worker stated “more than 60 years, since Nasser!”
We have seen buildings disappear overnight as new construction is rampant. Three story apartments now have five floors. Piles of trash along the streets are gone. Young people are painting curbs and covering up graffiti on the walls. Ordinary citizens are taking place of absent traffic police and doing their best to move cars along. Yes, things are different.
I can say much of the new construction and building is the result of opportunity. Currently there is no process to purchase building permits or I should say no one to pay a bribe to. So in this ideal state of anarchy people are bypassing rules and regulations and making things happen on their own. Is society falling apart in the absence of government and authority? No, not really. Is there chaos in the streets? None that I’m aware of. Have people been more respectful and civil? Maybe, it seems that way. I can’t help but to recall the Tao Te Ching where Lao Tzu proposes that with an unobtrusive government people are civil and decent.
Chapter 57 form the Tao Te Ching (Alan Watts, Gia-fu Feng, and Jane English)
Rule a nation with justice.
Wage war with surprise moves.
Become master of the universe without striving.
How do I know that this is so?
Because of this!
The more laws and restrictions there are,
The poorer people become.
The sharper men's weapons,
The more trouble in the land.
The more ingenious and clever men are,
The more strange things happen.
The more rules and regulations,
The more thieves and robbers.
Therefore the sage says:
I take no action and people are reformed.
I enjoy peace and people become honest.
I do nothing and people become rich.
I have no desires and people return to the good and simple life.
I’m not suggesting that everything is wine and roses. Right now life is uncertain and it can change at a moments notice but for now things seems to be heading in a positive direction. As each day passes people are settling back into their routines with hopes and dreams of a brighter future.

The following was written the evening following Mubarak's final president's address to the Egyptian people. The people's reaction was desperate as a sense of defeat filled the air. I couldn't believe Mubarak's speech, I'm guessing most people couldn't. Hours later things dramatically changed as did our situation about returning back to Alex. Currently, we are at Chicago's O'Hare with our co-workers waiting to board the plane back home via Amman, Jordan. Hello chaos, we've missed you.

Bad new keeps coming down the pike. President Mubarak refuses to step down as Ana and I sat in close proximity of our laptop streaming Al Jazeera. A good 90 minutes went by only to hear more of his nonsense. The reminder of our day was roses in comparison to what the people in Egypt will face in months or years to come. I can only offer moral support and sympathy as Egypt isn’t our country when all is said and done. Sigh. I don’t need to tell you that there is no easy or quick solution.

Our night ended with a drive down to the historic Mayan Theater on Broadway to catch the last showing of The Illusionist. The Mayan holds a special place in my heart and is packed full of memories. The trip down Speer Blvd captures the essence of Denver…it is my history, my childhood, my teenage years. I think of visiting my grandpa and relatives who lived near 8th and Santa Fe, the Aztlan Theater and Dust Bowl for punk shows during the 80’s, and the Mayan-my exposure to foreign films that ushered me into an entirely different world and way of thinking.

The Illusionist written by the French filmmaker and actor Jacques Tati was perhaps indirectly related to his film Mon Oncle as it is referenced during the movie. The script for The Illusionist never saw the light of day until recently. The controversy surrounding it was said that it was written to reconcile Tati's relationship to his estranged daughter. For those of you unfamiliar with Mon Oncle; the late 50's film has minimal dialogue with subtle humor and heavy on the visuals of a simple man’s struggle with modernization. In short, it is a cleaver and profound glimpse into the future.

On the way back from the theatre we drove past one of the first schools I interviewed at 15 plus years ago. The position was for an Art/Home Economics teacher and being that I lacked certification and experience in the latter subject, the job went to a more qualified candidate. Talk about a non-existent curriculum these days…you might as well throw woodshop into the mix with Art on deck. If you are over the age of forty, you have some sort of a frame of reference for what I’m talking about. Art in several school districts across America has already been downgraded to a non-essential in an attempt phase out creativity and problem solving skills for future generations.

Ana and I recently gave a talk at my former middle school and her high school in San Diego to a couple of classes about the current situation in Egypt. We were attempting to shine some light on the matter telling students not to believe everything you see in the media and that Egyptians are good people as are most Muslims. The bottom line is from all of our travels; most people around the world are inherently good and just want to live their lives free. No epiphany here.

I learned that the person who took over my position is no longer with the district due to budget cuts. In fact the teacher is now a substitute. It would be easy to blame the principal for this shortsighted decision, but really it wasn’t his fault as he was most likely strong-armed into cutting art in place of preparing students for non-critical thinking skills akin to working in cubicles. Good scores on standardized tests are good for schools and for real estate. Like Egypt, quality isn’t important; it’s the illusion of how something looks.

The illusionist is a story of an older magician and a young girl who becomes enamored with him. She follows him around to his various gigs in Western Europe until she falls in love with a younger man. At the end of the film he sets his rabbit in the hat free and leaves a note for the girl stating that "magicians don't exist."

Mubarak, if you love your people as you say you do, please step aside. America, if you want your country to be creative and competitive with the rest of the world, invest in education and stop cutting essential programs.
Posted by Bob Rob Medina at 4:20 AM 1 comment:

The weeks events in Egypt

I will be posting more pix as we share with friends, please excuse the quality of the photos as most of the street ones were taken in a moving car.

ps. We do hope to return soon, all the workers and the neighborhood really took care of us, it just made us feel more committed. We pray that our friends back there are safe and for things calm down and return to functioning soon. We love and miss you. 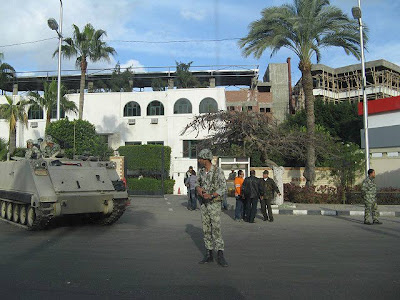 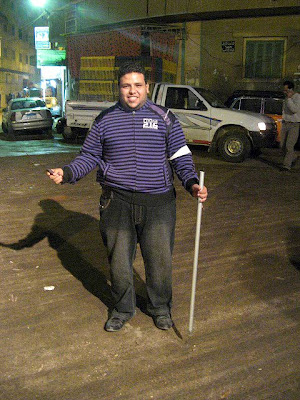 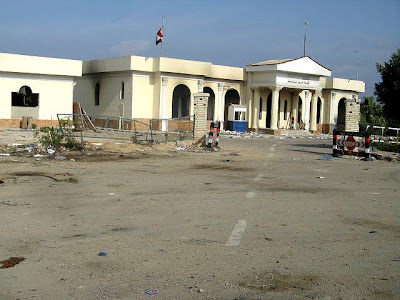 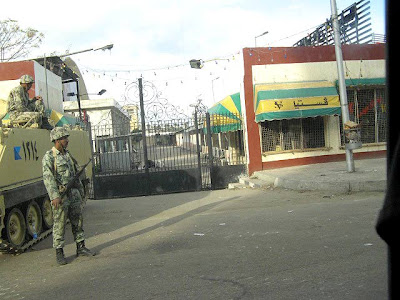 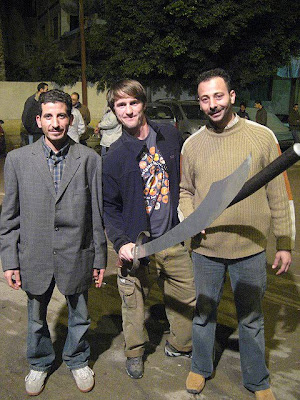