Thoughts on the trip over 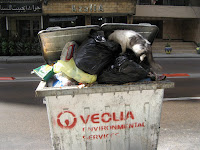 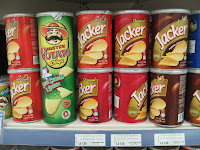 On the flight from Washington DC to Frankfurt, Lufthansa had a radio station dedicated to the history of the 80’s German New Wave movement. The usual suspects were represented from the underground to the one hit wonders such as Trio, Xmal Deutschland, Nena, plus a slew of others. I must admit that I don’t know much about the genre, but after listening to hours of it, I’ve come to a conclusion that it demands further investigation. Coca Cola in Angola is a swell tune.
During my last year at Black Mountain I took some liberties of exposing my students to various styles of music from around the world via on-line radio stations since I’ve always thought music and the visual arts were extensions of each other. Techno Tuesdays was a favorite, Beirut Nights streamed some fine throbbing Mediterranean modern electronic disco, but most of my students were convinced that there was only one long continuous song being played. Norwegian black metal was another favorite…at least for me. Japanese hardcore was a favorite amongst the seventh grade boys, we’ve concluded that the Cookie Monster fronts GISM and most of us are still trying to figure out what the title “Endless blockade for the pussyfooter” means. Any thoughts on the matter are welcome. One afternoon I asked who wanted to hear some original violent gangster music? The condition was they had to promise not to tell their parents or any other adults. Boy, were they in for a treat when Marty Robbins sung about the five brothers who left Arkansas to find the gambler who murdered their pa. The confused looks on their face was classic as one voice from the back of the room uttered, “This is country music!” I said, “Yes it is, what were you expecting? It was a teachable moment as we explored and discussed stereotypes from both visual and auditory perspectives.
Ana and I enjoyed our final (somewhat stressful) week in San Diego as we took the opportunity to visit with most of our families and friends who we already miss dearly, In retrospect the decision to leave behind life as we know it to go live in a place we’ve never been to is kind of a radical idea, as one of my student’s put it “WTF Mr. Medina!!!” It seemed like the day would never come as we have been anticipating the move since mid-February, one of the teachers we spoke with at the school said the wait would be a killer and it would feel like the day would never come. Well, here we are.
Overall the flight was uneventful with almost no delay. We did call the airlines in advance to make sure we had priority seating next to screaming babies, I now have perfected the art of grinding my teeth.