Porking Up with The Swine Flu

It has been a rare week. Schutz American School is officially closed from today until the 26th of September due to the H1N1 Virus (swine flu). There has been one confirmed mild case in the seventh grade (Ana teaches social studies and I teach art and have advisory with that class, as to say it was one of our students).

So what is the school going to do? In order to meet contact days two options were considered; extend the year or transform into an on-line institution for the next two weeks. We have a meeting later this morning to figure out the logistics of how to implement the on-line curriculum. When the announcement was made yesterday, the students were elated as most thought the next two weeks was going to be an extended vacation. Sorry kids.

From the beginning I have been a little suspect about the school shutting down. I’m going to play conspiracy theorist for a minute. Fact, several parents and students were unhappy that the school year started before Ramadan, other schools in the city don’t start until the end of September or early October. The previous week an attempt was made to disrupt school through an anonymous letter threatening to bomb the campus (after hours). As a result several government agencies got involved in what turned out to be a hoax. However, the third time is a charm, the H1N1 virus sealed the deal. It has been reported that the source of outbreak occurred at the Sporting Club (think: Country Club). Many if not most of my student’s families belong to the club and socialize there, membership is a pretty big deal. When we arrived in Alex we thought there was some sort of mayoral election with all the campaign posters and bumper sticker. Nope, just the Sporting Club presidential election. By the way, it is a volunteer position. Despite the Club reporting 20 or so confirmed cases of the virus, their doors remain open. I’ll leave it at that. 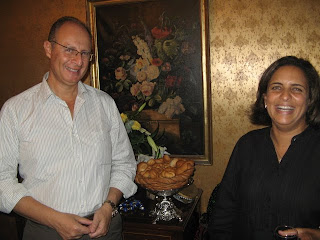 The host and the hostess

The good news is that if Ana and I were turkeys we should be nice and plump by the time Thanksgiving rolls around. We can thank all the iftars and outings we have been attending, there has been no shortage of social life since we arrived a month ago. Last night, the resident staff all went to an iftar hosted by my mentor. She was quite the hostess! Her family, home, and the spread were all amazing and as a bonus there was karaoke. 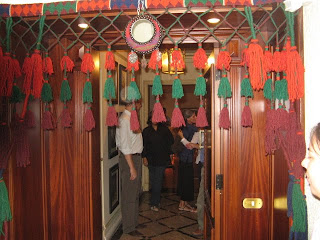 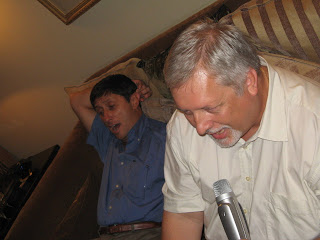 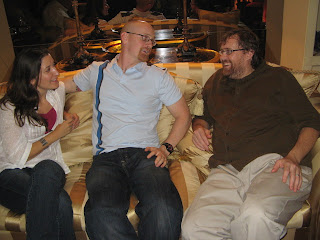 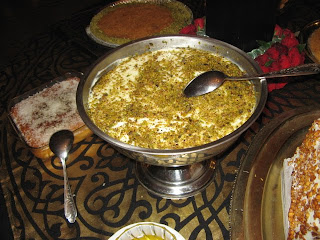 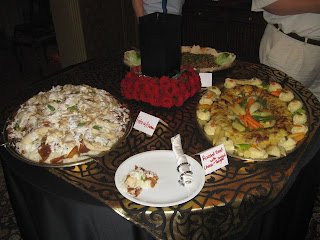 Tonight will be attending another iftar with the school board members then we’re off to the Portuguese Club (bar) with Tom Palmer (a visiting author from the UK that the school is hosting). Unfortunately his trip was cut short due to H1N1.

(Update: It seems that the Sports Club closed its' doors as of 09/09/09-now we know this swine flu business is serious)