Driving from Alexandria to Cairo on the eve of the Eid holiday was not the smartest choice we could have made, we came within an hour of missing our flight. Once we boarded the plane, it occurred to me that Beirut’s Middle East Airlines lost their entire fleet of planes back in the day as a means of retaliation from Israel; our hope was that the Christians, Muslims, Jews, Druze, etc. would behave. In the back of my mind lays the thought of how fragile relations are in this region of the world and can turn at any moment. When the taxi dropped us off at Mady’s Guesthouse, despite the late hour, Ana and I felt deserving to venture out for a night cap in one of the establishments lining our street. We settled on The Bulldog; a friendly low-key English style pub. As far as I know it was the only joint that had brew on tap. We chatted with the proprietor Stewart who would later be a most gracious host for the duration of our visit.

The following morning started off with “spaceship for sale” tagged on the wall between our guesthouse and a grocers market. This statement reaffirmed the hip Gemmayze neighborhood was the perfect location to spend our holiday. 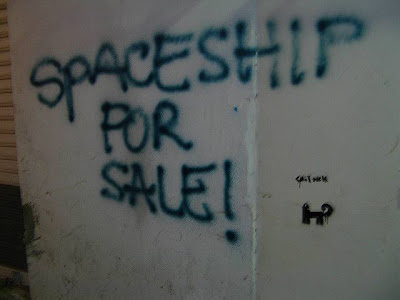 We looked for it. 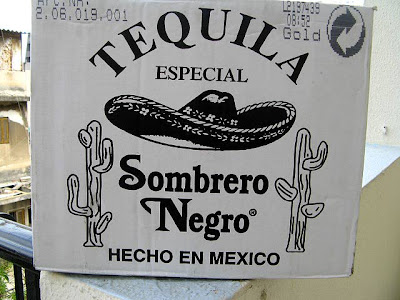 This empty box was outside our guesthouse, guess they knew I was coming.

The majority of our first afternoon was dedicated to browsing retail stores desperately on a quest for shoes and apparel since Egypt is littered with clothes that aren’t suitable to our tastes; I know that sounds snobbish, but we try to steer clear of mismatched patterns and plastic sequins. Solids are more our taste. Call us boring. 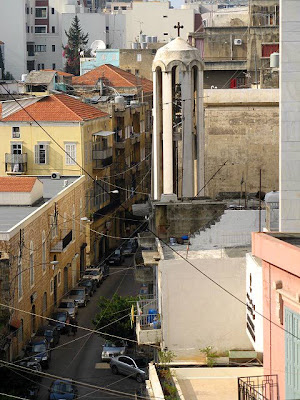 A view of the hood. 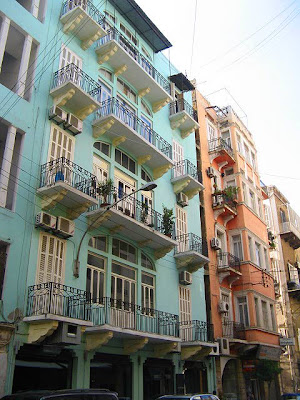 Typical buildings in the hood.

Lunch was spent at Le Chef, a quaint hole in the wall serving traditional Lebanese home cooking with a rotating daily menu. The French-Arabic-English speaking owner (?) shouted “welcome” to every person entering his establishment. The service, food, and atmosphere were exceptional, Ana tried the mloukhieh; meat and chicken over rice accompanied by an onion/garlic/lemon juice sauce, a bowl of soaked mlukhieh (think spinach), and dried aish (flatbread). The idea is to use your fingers to shred the meat on the mound of rice then drench the threesome with the onion/lemon broth followed by a generous pour of the slimy mlukhieh (the result is akin to a beach covered with kelp) finally add pieces of broken bread and enjoy. If you don’t follow the exact steps or add the appropriate amount of toppings patrons in the vicinity are more than anxious to offer you their unsolicited advice to correct the errors of your ways. Like most restaurants in the area, in addition to serving food, cigarettes and drinks of all variety were available including Arak-a traditional highly potent anise flavored clear alcohol drink that is mixed with water (1:2 ratio). I passed because if it is anything like the Raki I had from Turkey then I know how quickly an evening can turn problematic. 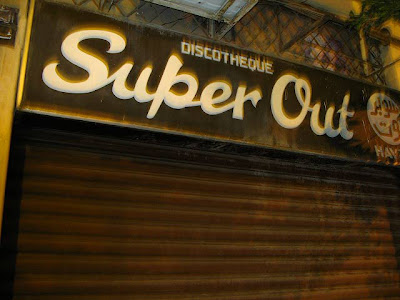 I'm going to steal this name. 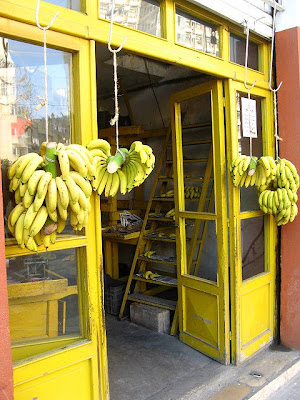 It was our luck to be in town for the start of a European Film Festival, so a movie per night was in order. Expect full reviews in the near future. The night ended with another visit to The Bulldog. 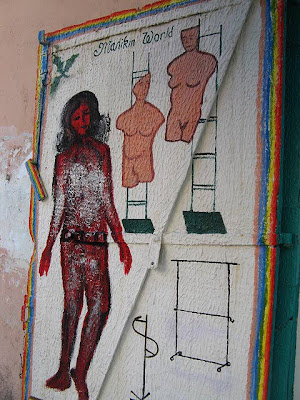 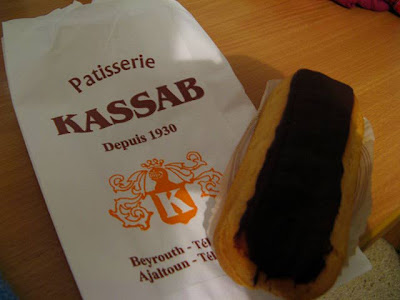 During the day, its’ hard not to experience the pain of the city and country’s past, somehow I was sadden because everyone we met throughout our trip had been directly affected by war in one or another. Despite the large death toll and destruction, people remained friendly, kind, and cautiously optimistic. There had to have been some serious reconciliation in order for people to work together and rebuild a country and city they love; their spirit of tolerance and acceptance is unmatched. Though the stability of Lebanon is still a work in progress, there is no doubt they will overcome.