We had met Stewart on our first night. Ana and I ventured around Gymmayze on a quest for a quiet place to decompress and found The Bulldog pub off the main path. The setting was quiet as the crowd was reduced to a couple of people gathered in a corner at the end of the bar. Our attraction to this establishment was the lonesome beer tap and my thinking was the last time we had seen a beer on tap was the first week of August, so it was a no-brainer that we would find ourselves enjoying a pint of Lebanese brew.

Finding conversation with the locals was easy, Stewart was the owner and we talked quite a bit about the city and beyond. He had offered to take us on an excursion to Baalbek, a site of Roman period temple ruins near the Syrian boarder in the Bekaa Valley. He offered the right price and we accepted. I know this kind of behavior on our part might seem slightly radical, perhaps dangerous to our friends back home, I mean who accepts an invitation to go on a day trip in a foreign country with a complete stranger, apparently we did. 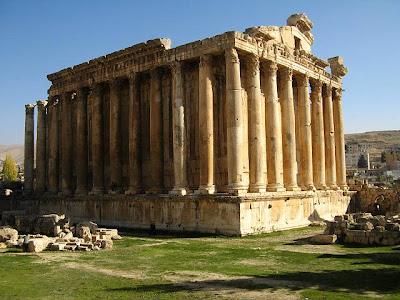 Hard to imagine the scale

We decided on a time in the late morning to meet up with Stewart and his month old puppy Lizzy. Ana is deathly afraid of dogs so she rode shotgun while Lizzy slept on my lap during the almost two hour ride through mountains and valleys past military check points and over rebuilt bombed out bridges. 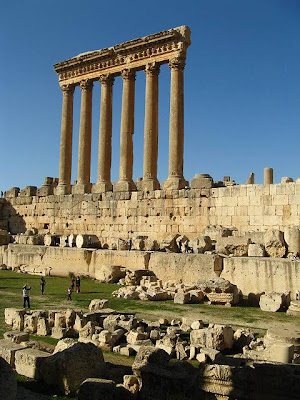 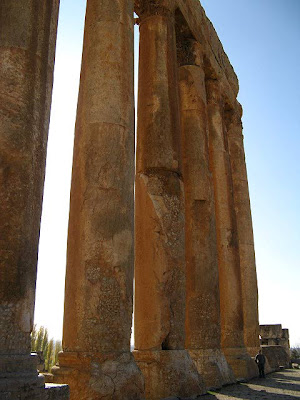 Ana in the corner

Baalbek/ Heliopolis (City of the Sun) was more than amazing. Ana and I had been to Rome and did all the obligatory sights and I must admit Baalbek ups the ante; there is no comparison. If someone told me aliens built the structure, such reasoning might not be far fetched considering the leading theory argues that the columns for the Temple of Jupiter were from Aswan, Egypt…meaning that 128 rose granite seventy-foot columns somehow arrived by land and sea. That my friend is the million-dollar question to this mystery of the ancient world. If you ever had the itch to feel insignificant, this is your kind of destination. 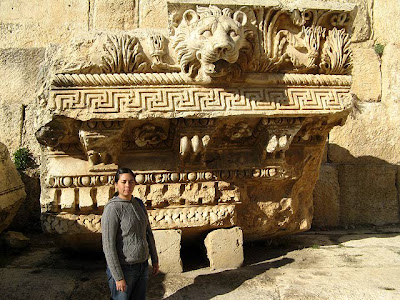 A fallen top...note the poppy carvings

Stewart entertained the thought of what the nomadic desert dwellers must had experienced upon their initial encounter with Baalbek back in the heyday, as to say when the joint was hopping. The poor Bedouins (or the equivalent) must have shit their camels when they crossed over the Anti-Lebanon Mountain Range into Bekaa Valley and came upon Heliopolis. Never mind that there was probably opium and wine waiting inside. 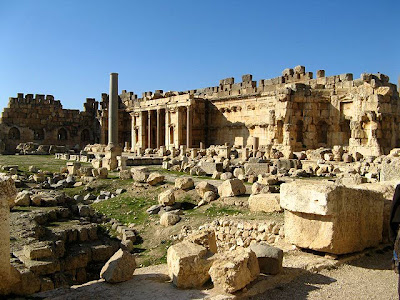 Baalbek is Hezbollah territory, in addition to postcards, books, and replica Roman coins at one of the many souvenir booths lining the entrance to Heliopolis you can also get a Hezbollah t-shirt and flag for your loved ones. About two kilometers down the road is a Palestinian camp located on the outskirts of town. I talked Stewart into indulging us in the experience of entering it. We definitely didn’t belong. Most of the kids had toy guns and were shooting at one another. I remembered playing Cowboys and Indians growing up, I wondered if they were playing Martyr and Infidel? We searched for a couple of souvenirs but settled on taking a couple of photos and that was the point we were brought into the command center for questioning. The head of the camp was enjoying his afternoon sheesha and had a small chat with Stewart in Arabic; this was enough to guarantee our peaceful exit. According to Stewart this was one of the more civilized camps in the country. Palestinians have no rights in Lebanon, in other words they don’t have much left to lose? 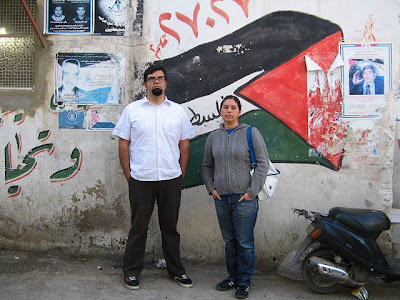 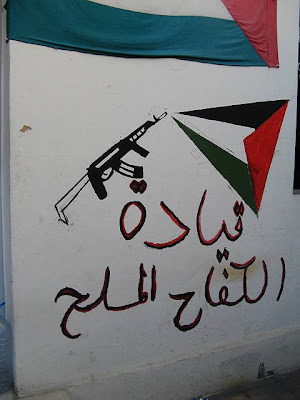 Outside the command center

Our trip ended with a visit to Caves De Ksara, the major wine producer in Lebanon. We tasted four offerings and toured the caves beneath the winery. The drive back to Beirut was quiet and pleasant. 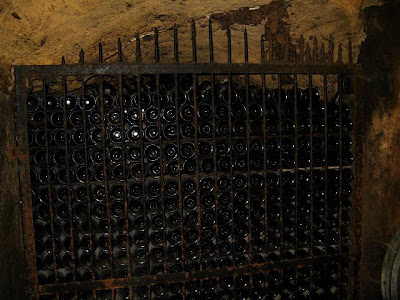 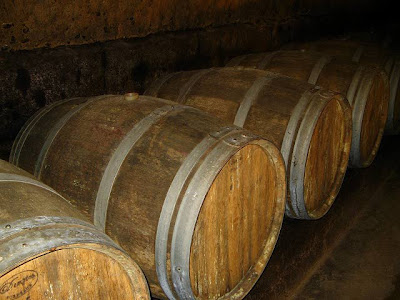 Sight of the cave 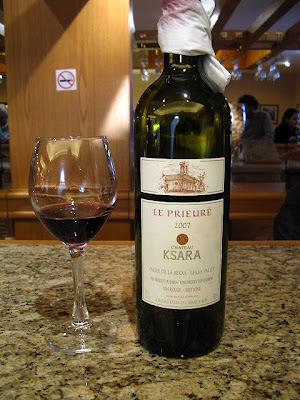 One of the samplings

We skipped dinner in lieu of a small bucket of popcorn in the lobby prior to catching a film at the festival...there had been much talk about the film we wanted to see and the line was long. We made it into the theatre just as the lights dimmed and found our seats (yes, they are numbered) but we really could have sat anywhere. I counted 6 other people…so much for all the hype. The projector started to roll as did the Arabic soundtrack, pretty unusual beginning for a Swiss film I thought. No sooner than uttering those very words, we wondered out loud if we were in the right place. Oops. We did make it to the right show and on time thanks to a minor delay.

The evening ended at Club 43 (non-profit, and volunteer run establishment) two doors down from our guesthouse. We ordered hummus and baba ganoush and were served a complementary shot of what might have been a Lebanese version of a margarita. The café makes their own beer and wine and when I tried to order a glass of their homebrew I was initially denied, the server said that it wasn’t that good and offered me a commercial brand. Now, that made me more determined to try one and after much coaxing my request was finally granted. It was more drinkable than Egyptian beer. I also tried their red wine and thought it was pretty decent. It seemed most patrons came for the open wine and cheese menu, why wouldn’t you, for $30/person you can have all the cheese and wine to your heart’s content. The Club offers themed nights such as movie, karaoke, and there was even a poster for a non-smoking evening-that was literally the event.