I believe my oldest brother’s all-time favorite film is Casablanca and Ana and I finally gotten around to seeing it for our first time just a little over a month ago. I reckon 40 years is better late than never. Morocco is a destination Ana and I talked about visiting one day, mainly based on the food and a couple of documentaries we had seen. We figured that the opportunity was right especially since we would be traveling with friends. 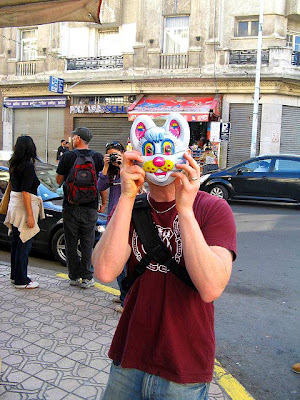 You can buy these masks back in Egypt!

I have been keeping a running tab of stores and companies that I absolutely loathe and I have to say that Egypt Air is the newest addition. They are seldom punctual and not very forthcoming about information. Once we boarded our two-hour late flight was when the real adventure started. The first incident of the evening was between two males that involved a seat being in the reclined position.  There was some shoving but mostly yelling and while other passengers kept the two parties apart with some heave petting trying to calm down the two aggressors, the flight attendants offered little assistance in resolving the matter. I bet if this happened on a flight back in the states there would have been homeland security waiting on the ground ready to arrest people. Being on an Egyptian Air flight during landing is also quite an experience as it is never a good sign when you hear the un-clicking of the safety belts when the plane first hits the tarmac. This action is usually followed by people trying to stand up and race towards the front to be the first one off the plane to go wait 45 minutes for luggage that may or may not show-up. I know this is wrong, but I secretly laugh when those people stumble or their bags fall on them as they get them out from the overheads...I wish I was exaggerating. At the gate, several people from the back tried to cut their way to the front and I didn't appreciate this. Why I chose this battle is beyond me, I was just caught up in the moment. Apparently I stood between a woman and her habibi (male lover) and this caused quite a stir, enough to get other passengers involved. They were upset and I just kept telling them "you're not special; you need to wait your turn like everyone else." I became a joke and was taunted to an extent. Once we got towards the front of the plane habibi pushed me to the side then stopped right as we were exiting the plane to make me wait. I told him, I had all night and he gave me one last little shove that is when I took him and threw him into the first row of chairs. The flight attendants just looked at each other and gave me a little bit of extra space to get off the plane; maybe they thought they were next! I did have a few passengers come up to tell me that I did the right thing. We did see the lady again when we were in the line for customs, she was in the back and came up towards the front and I asked her if she was going to try and cut the line again. She just smiled and said "no" returning back to her lover. 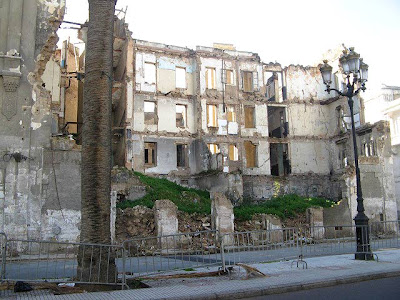 Across from the Central Market 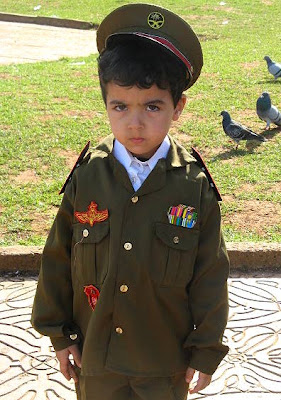 I think his parents dress him up to make money

After spending 4 nights in Cairo it was nice to be in a city with cleaner air. We stayed at the Oum Palace Hotel in the city's center, about a 5-minute walk to the Medina (old city). Lianne talked us into a walking tour suggested by her travel book. We started off at the Central Market and had a gander at the fresh produce, meats, and flowers; I even managed to buy some fake saffron! Welcome to Morocco. The Art Deco buildings and the Mauresque architecture (a blend of French-colonial and Moroccan style) are an amazing sight, as the city is filled with them.  We stopped by the Place Mohammed V; a giant square with a fountain surrounded by government buildings and a cool looking clock tower. We continued our stroll to the massive white Cathédrale du Sacré Coeur (Sacre-Coeur Cathedral). The structure had seen better days thought it looks like it still functions as an occasional cultural arts center and exhibition space. Our explorations made us hungry so Joseph, Lianne, Ana, and I decided to try the little hole in the wall eatery outside the Central Market. Their tajines (A traditional North African clay pot) looked appetizing and we ordered a variety of dishes. This would be one of the more memorable meals of the trip. 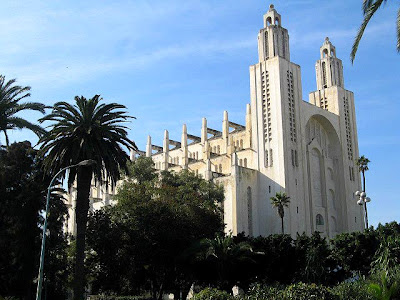 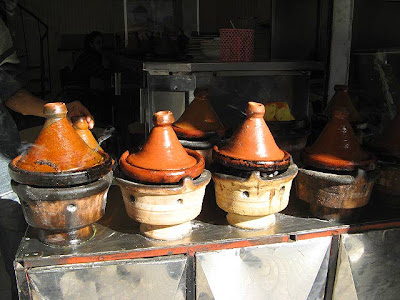 Tajines from where we ate! 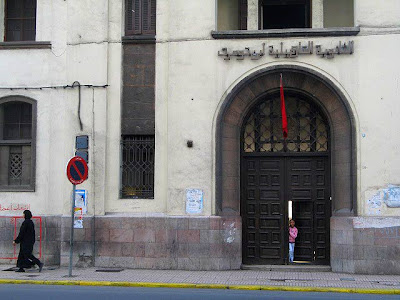 Lianne thought the four of us should follow up the nice meal with Moroccan mint tea and dessert at Squala Café Maure on the edge of the Medina, good call. Afterwards we cut through the maze of streets in the Medina. Ana and I spent some time combing through the markets, being solicited by touts offering to help you find what you are looking for. Chasing people off can be such a pill. 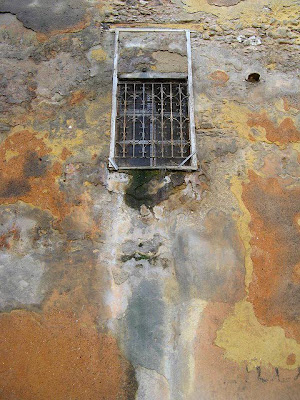 The outer wall of the (old) Medina 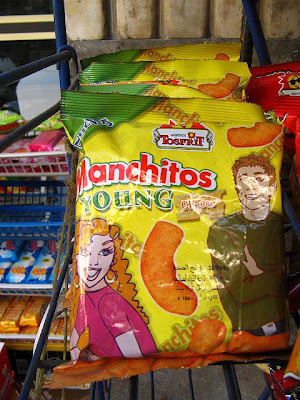 Dinner was spent at the toros (bullfighting) themed La Bodega de Casablanca under the advice of Joseph and Lianne. The tapas were right on, except for the chuck of blue cheese that remained on the plate at the end of the evening, at one point it became a dare. The plan following dinner was to head down to Rick's Café (yes, the one "inspiried" by the movie Casablanca) to meet up with Dean and Michele for a nightcap. The place sort of lost its' charm once we found out how phony bologna it was, I consider it a blessing that it was at capacity and with no reservation propelled us to call it an evening. 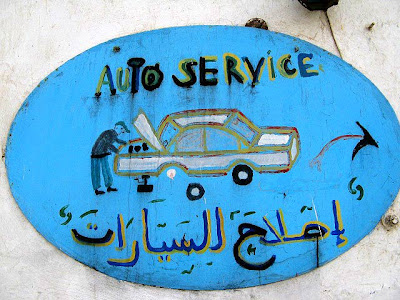 The best thing about Rick's was Auto Service place next door

The night was young so I headed back down to the hotel lobby to write in my journal which at one point I thought it might exciting to venture out to one of the bars a couple of blocks over. I walked down the stairs to a lively all-old man crowd pouring down 8 oz bottles of Flag Speciale beer. Most patrons had tables covered with empty bottles while the twenty-something bar maiden with a dangling cigarette kept them coming to the sounds old-time Arabic music coming out of the jukebox.  I started a small collection of bottles and cranked out a couple of pages until I started to gag on the cigarette smoke. There is a stark contrast between the streets of downtown Casablanca during the day and at night. You can say I hurried back to the hotel not stopping to pet the stray dogs or chatting with strangers in darkened doorways. Tomorrow Marrakech bound.