First off-All The Bye Bye Birdie performance pix were taken by Nawara and the after party pix by Logina-and no I didn't ask for permission-I just took them off of Facebook because that is how we roll here in Egypt.
News that is fit to print: Darth Seth and Kupcake Krystal are expecting their first born-we had pegged them next and they didn't disappoint. FYI-the Turkish Coffee grounds say Jose and Lili are next! The Nile is fertile and so is our school. No joke-if you have trouble baking a bun, a year or two here will fix that right up.
The weather here has been great...nice breeze in the evenings, clear skies, low to mid 70's, CA weather. When we come back in mid-Aug it will be a different story. Ok, I took the camera to the kitchen for no good reason but there are some stories to tell. 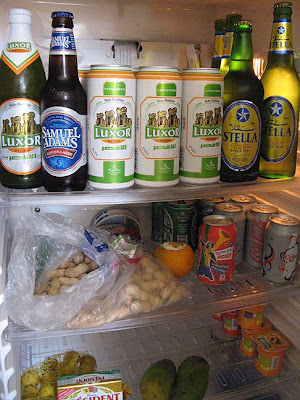 My parents had taught me to be a decent host and I have kept that tradition by keeping the fridge stocked with beer because you just never know who'll stop by for a cold one. The Sam Adams came from a parent connection! Luxor and Stella gets the troops by. Peanuts, no we don't like cold peanuts but the ants here like theirs room temperature. The butter below the mangos is salted-an expensive import here. The orange with the partial peel was done at the BBB after party by Dr. Greg who was the smoothie master of the evening. I'll explain more later. The Diet Coke is for our Egyptian guests, they love the stuff. 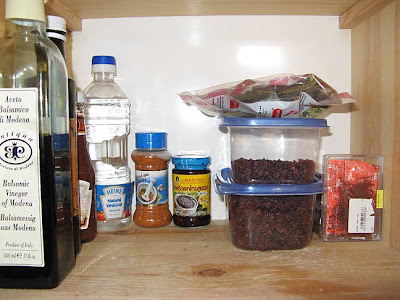 Barberries and saffron. You think drugs are expensive, ever bought a gram of Iranian saffron? We were almost out and our friend Bob had to take students to Kuwait for JV Tennis so we asked him to pick us up an ounce of it. Did I say ounce-I meant gram. Well at a third of an ounce and $100 later he wondered why I needed so much AND why didn't give him money. A big lesson learned in conversion that day. 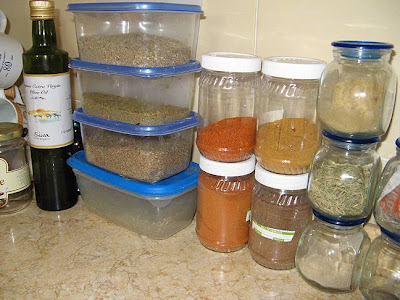 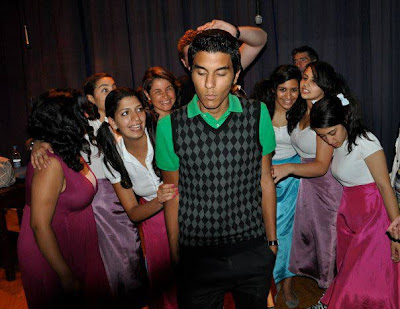 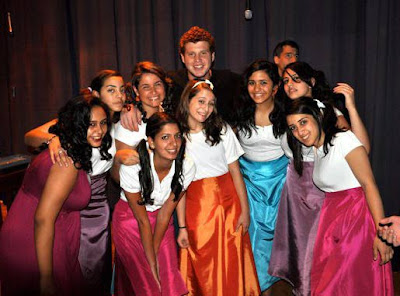 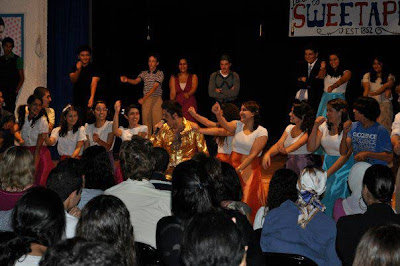 You Gotta Be Sincere... 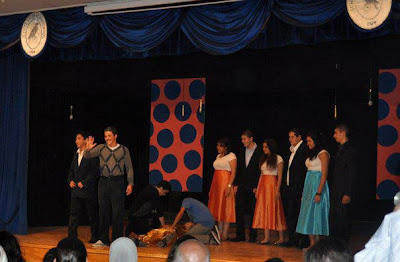 Moments after a jealous Hugo punches out Conrad Birdie on the Ed Sullivan Show as Mr. MacAfee is pleased that he is on TV. 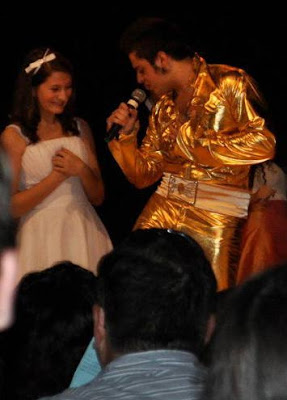 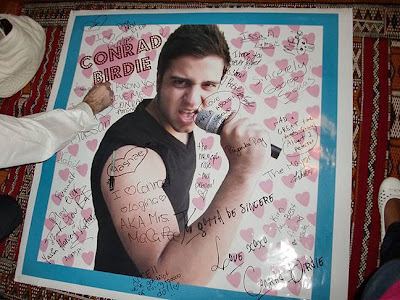 The after party poster signing and fruit smoothie party. 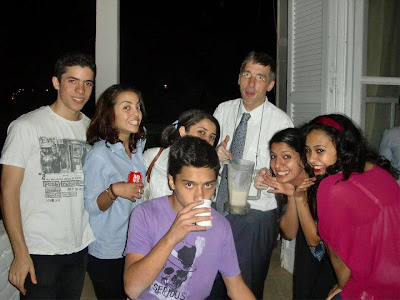 Dr. Greg serving up the smoothies. Greg thought that it would be cool to have the after party be somewhat of an intimate and healthy experience. So instead of the kids forking cash and going someplace impersonal for food and beverages we decided to invite the kids over to our place and let Greg have at it with the fruits and blenders. He had a great time chasing the cast and filling up their cups...he was a rare form and of course the life of the party. BTW Greg is a musical genius and I don't mean that lightly...he has conducted the Cairo Symphony etc. and is basically waiting for a conductor to retire or buy the farm. Hang in there Greg, your day will come! 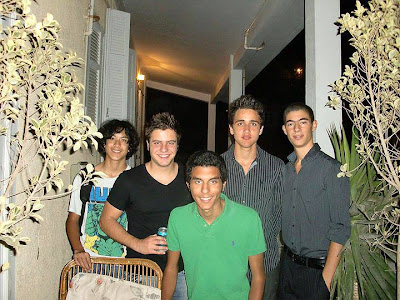 All in a days work. 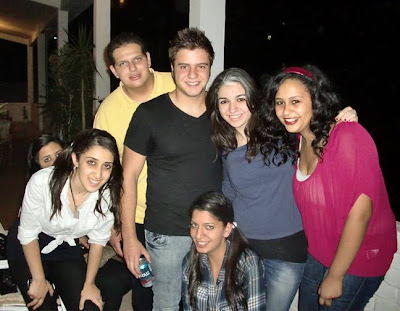 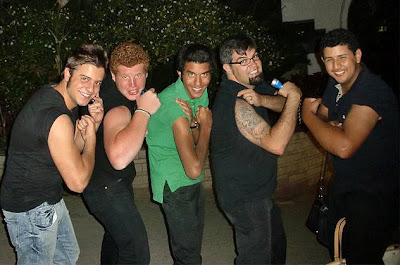 In the 15 years of teaching I have never shown my tattoos to students. Of course we all think we are Conrad Birdie 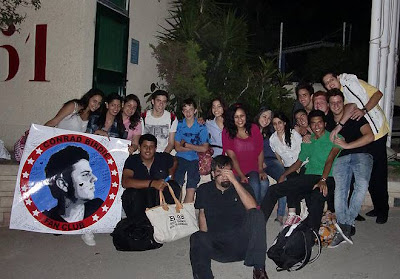 Most of the cast was ready while I try to remove my glasses. Epic failure!
Posted by Bob Rob Medina at 7:46 PM