Our first year in Egypt is officially in the books and for the record it was an uneventful end as most of the last week was spent on campus finishing school related clerical matters. 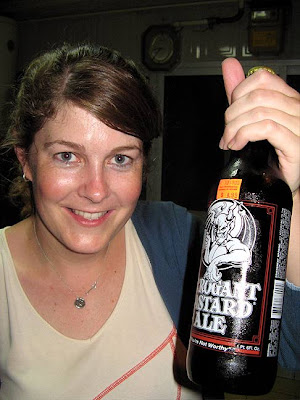 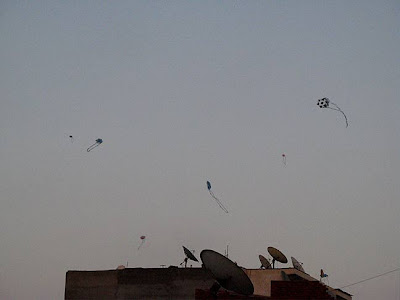 Little did we know that May/June is kite season!

World Cup fever has hit and is in full swing. We opted out of buying cable TV at the beginning of the year as not to become potential couch potatoes and only last week did we discover that connecting the cable to the back of the TV we get three local Arabic stations. One channel happens to broadcast almost every World Cup match or it’s pre-empted by the Hanna Montana show.  We did see the two Mexico matches at our friends Ji and Kanut place…Kanut bought a 42” TV flat screen for the event. It reminded me of the time several years ago when I invited Chikle, Sr. Lugo and other friends over for the Bronco-Charger game and all I had was a pitiful 23” Wal-Mart special with a green patch burned into the left side of the screen. So like any sensible man would do, I dropped a wad of cash for HD flat screen 24 hours prior to the game to save face. 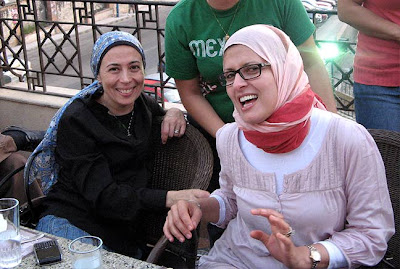 Maie, Mona, and half of Ana enjoying their principal's farewell dinner. 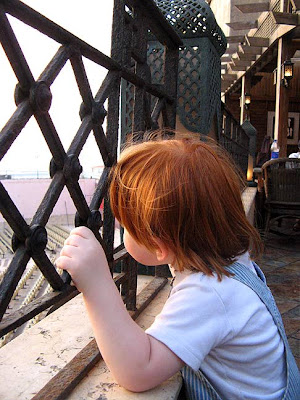 Saint Malcolm checking out the view! 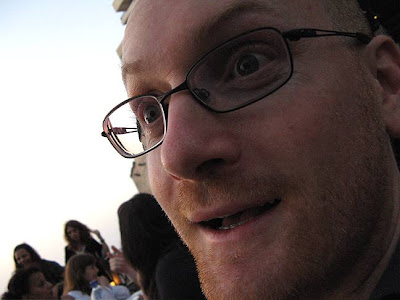 Last weekend our friend Robin shot me an email telling me that she was back from the states bearing “the most beautiful beer” for us to share. Hailing from the northwest, she knows her craft breweries. She blessed us with Arrogant Bastard Ale and Lagunitas Imperial Stout and we made quite an evening of it.

One of the reasons why I don’t like going to movies, the opera, or ballet here is the lack of respect some people in the audience have. Last night at graduation there was a group of college-age girls sitting behind us constantly talking and laughing while my students were giving speeches. Since I was apart of the speech selection committee I was looking forward to hearing them. I finally turned around and used a harsh statement to end girls’ rude behavior. If I had used anything less they would have snickered and dismissed me. It was quick and effective. At the end of the ceremony one of the girls told me that her mom was on the school board and was going to tell on me. As promised she did and I was approached by the mom minutes later defending her daughter. We’ll see if this turns into a witch-hunt. 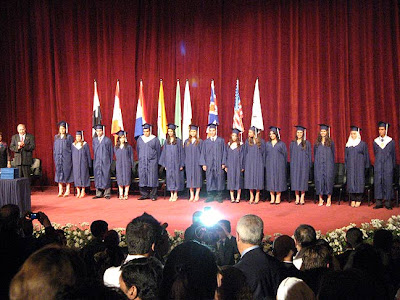 Most of the graduating class of 2010! 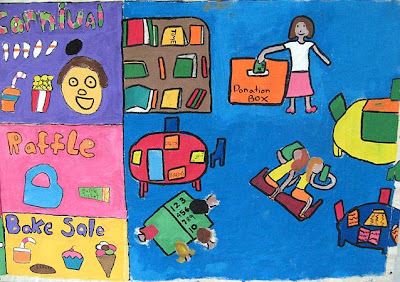 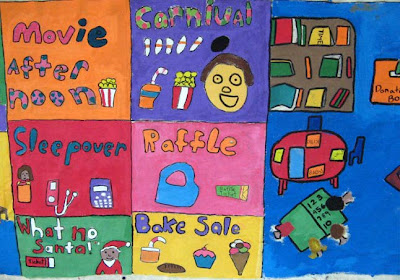 Our School participated in the Art Miles Mural Project headed by our friends Joanne and Fouad. Check out their cause http://www.artmiles.org/ The two details above are from Ana's elementary classes. Our school did the Big Read Project inspired by the book Three Cups of Tea to raise funds to build a new library at one of the local schools in the community.

Ana and I raced around campus saying our goodbyes and unfortunately didn’t find everyone. We will miss our colleagues and students this summer. We are Germany bound for a couple of days then off to Gent, Belgium to visit friends we made in Morocco on New Years Eve.