The Warlock Pinchers vs My Dad's Bar

The talk of the legendary Warlock Pinchers getting back together to play a couple of shows was all the rage this summer back in Denver. They were set to play a super top secret show at the Lion’s Lair on Colfax and two sold out shows at the Gothic Theatre during the first week in August. The only problem that I had with that was Ana and I were due to be in Bogotá, Columbia during that week...so I settled for the next best thing.

While at a Dressy Bessy show at the Larimer Lounge I ran into Andrew from the Pinchers and he told me that the band was already rehearsing for the shows sans a couple of members but he assured me that it was a rehearsal nonetheless. He invited me to one the following day and I readily accepted and a Warlock Pincher’s practice or show isn’t complete without my buddy Matt. So I called him up and told him what the plan was, it was like a Boulder mini reunion of sort or at the very least a throwback of almost 20 years. I rode my bike about an hour from Aurora down to the practice space on Kalamath on a recent Craigslist's special.

There is nothing like a garage behind the house filled with musical equipment, empty cans and bottles, set lists, insulated walls, the smell of tubes and sweating band mates making noise. Name me something better, I dare you! Dan showed up with an 18 pack of Stroh’s, Derek kept pulling cans of Tecate out from behind his amp. Andrew brought leftovers from a Peeps shaped birthday cake. Thoughts and ideas were being thrown around on what sort of tricks, mischief, and anarchy they could create for the shows. Pop star Tiffany was invited but had a prior engagement. Would the Christian Television Program that interviewed them at Rock Island be there protesting the shows, after all the Warlock Pinchers are the self-proclaimed “Official Sound of Satan” and what about Morrissey? Would his cockhorse be ready for the Transatlantic ride? You can always learn more about the Pinchers by going here or to see photos from the reunion shows click here.

My dad’s bar is a whole different animal. Growing up I used to think my Uncle Bob and dad had dueling bars, maybe that was wishful thinking but I'm sure they both encouraged to outdo one another. Uncle Bob had a crude version of video poker (v cool at the time), a keg, and riffles in a case. My dad had his coin collection embedded in the top of the bar, receding lights, and most importantly the Hams sign. The Hams sign wins it alone. I don’t think I was even ten years old when the Hams sign came into my life, I can’t tell you how many hours I've spent watching the sight turn, it starts at a campground site with a tent, a camp fire cooking breakfast, a canoe parked at the bank of a river, I always thought of it as the Nirvana of campsites. The sign slowly turns and we see more of the river, a waterfall, and damnit you know the place is just filled with trout ready for the catching, it’s like hardcore porn for the camping enthusiast. And all of the time you are in awe of the vision the sign maker had.
So who will the winner be? The Pinchers or Dad's Bar... 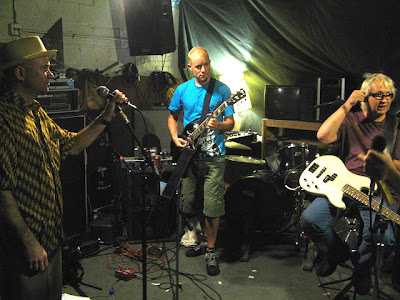 One of the cooler practice pads. 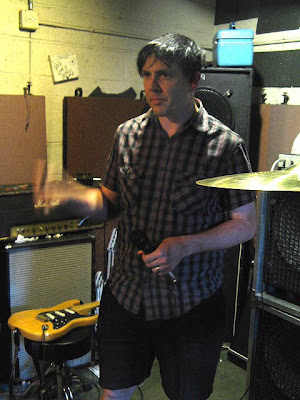 Andrew and his drumstick. 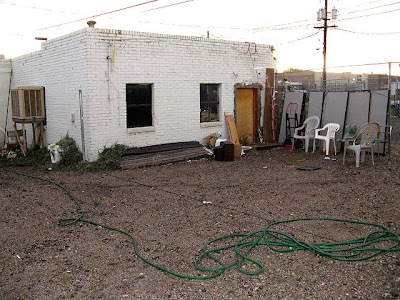 Outside the space before the rain. 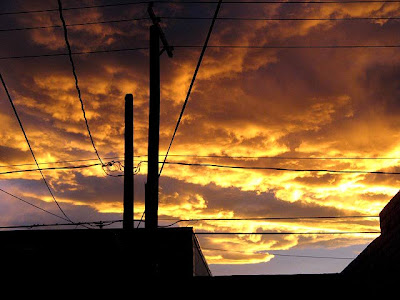 Dusk at the space. 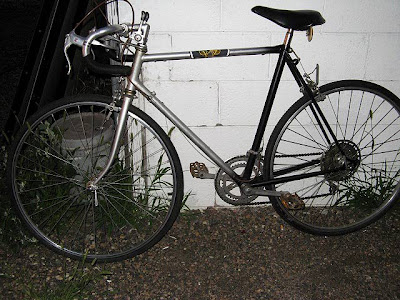 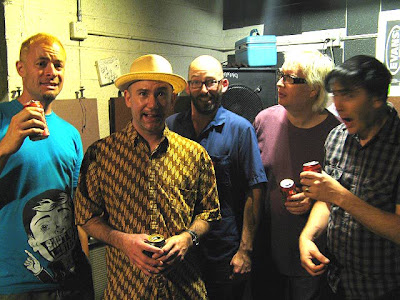 Where the hell is Mark Brooks? 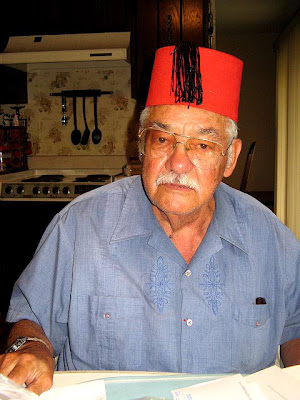 My dad, he can be an Egyptian with his tarboosh. 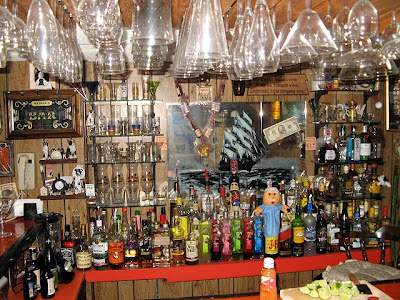 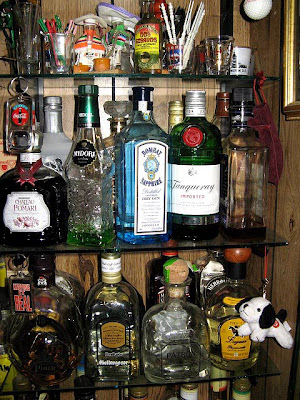 Shelves of the bar. 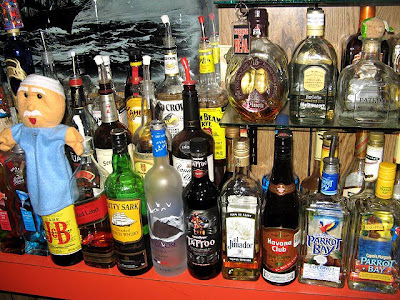 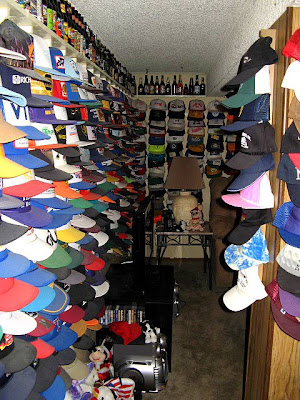 Dad's ball cap collection about 900 and counting-I remember when he said that he was going to stop collecting at 100! 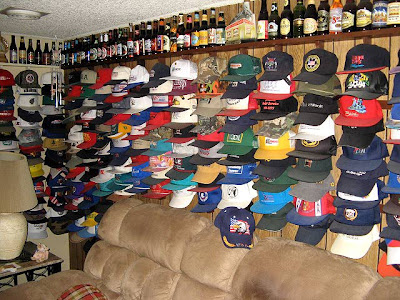 More hats and bottles of beer on the wall. 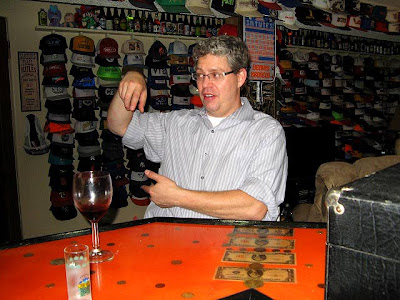 Ben is trying to explain something, but you can see the old money collection and the hats and the beers on the wall. 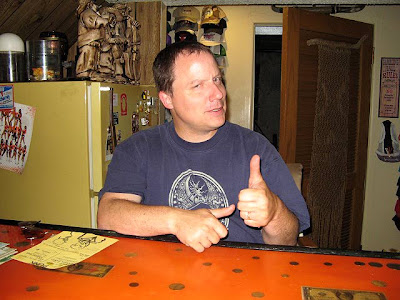 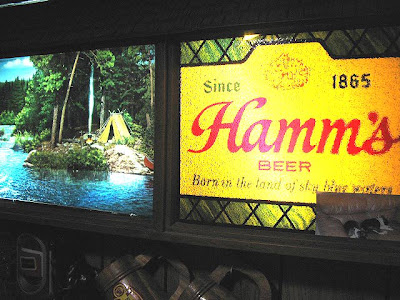 The the best shot of the sign as there is another side. It spans about 4 feet long, but maybe brother George can tell me. BTW Happy Birthday George! 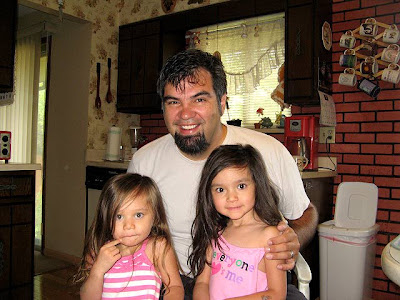 The added bonus of my great nieces. They inject about a pound of candy each and everyday and terrorize innocent people.
Posted by Bob Rob Medina at 11:48 AM